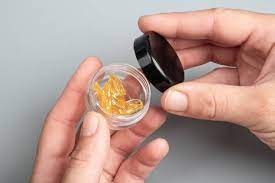 Solventless Concentrate is an essential product for those who want to reduce the number of harmful solvents in their product. This article will discuss its history, benefits, safety, and environmental impact. You’ll also discover how it can improve the quality of your products.

Solventless concentrates are created by re-pressing terpene-rich rosin to a low temperature of 55-60oC. This process is a great way to extract high-potency concentrates. With only slight adjustments to temperature and pressure, it can produce concentrates with high levels of terpenes and cannabinoids. The process is sophisticated and expensive but produces a high concentration of Concentrate.

Solventless concentrates were first used in the Middle East in the 12th century. Cannabis was a popular medicine in the Middle East, and a crude form of making hashish involved collecting sticky resin from fresh cannabis plants. It was then rubbed off the skin and rolled into balls. Since then, the industry has evolved toward the new world of solventless concentrates. Nowadays, many craft extract makers have developed their methods of creating their products.

Solventless cannabis extractions are becoming increasingly popular as they provide consumers with a more wholesome and eco-friendly experience. Furthermore, they are cheaper and less hazardous than solvent-based extractions, which often involve the use of flammable solvents. This makes solventless extractions a more attractive option for small businesses.

The demand for solventless products is increasing because of the recent vaping crisis, which has blamed additives in vaporizers for dozens of deaths and more than two thousand hospitalizations. According to Aaron Nino, director of the production at Camp, a cannabis ingredient manufacturer and marijuana retailer in Nevada, solventless sales tripled after the vaping scandal. The solventless concentration industry is expected to increase by 17.6% in five recreational states by 2021.

Solventless concentrates behave differently. Some do best at low temperatures, while others do best with extra heat. The correct temperature is critical for getting a consistent experience and avoiding burning your Concentrate. A high temperature burns off many terpenes, reducing the entourage effect.

A solventless Concentrate is an alternative cannabis extract that is safe to use and can be easily crafted at home. It is less labor-intensive and more cost-effective than solvent-based extracts. Solventless concentrates are usually made from the flowers of Cannabis plants, but it is also possible to produce them at home using a solvent-free process. Because they are not decarboxylated, they offer the same benefits as their decarboxylated counterparts, including reduced intoxication and increased medicinal value. However, there are some differences between solvent-free and solvent-based extracts, and it is essential to understand these differences to ensure you get the right product.

Solventless Concentrate is safe because it does not contain solvents, which can harm your health. It is made from cannabinoids found in Cannabis material, and there is no chemical taste. This type of cannabis extract is also sold at Stone Dispensary.

Its ability to minimize waste is among the many positive environmental benefits of Solventless Concentrate production. Furthermore, these systems are relatively inexpensive and easy to implement in industrial settings. They are considered a sustainable alternative to conventional solvents for various applications. Solventless Concentrate can address several critical environmental concerns facing the pharmaceutical industry. However, not all organic reactions can be carried out solvent-free.

In addition, solventless production can result in a safer workplace for extractors because solvents are no longer used. This means that health and safety protocols are simplified. Furthermore, rudimentary extraction techniques can be used to create high-quality aesthetic products. However, solventless production facilities face unique temperature-control issues. For example, they may need to utilize large amounts of cold water and ice. These processes also require the use of specialized water services.

The deterioration of air quality is a common consequence of fertilization. Excessive nitrogen in soils and crops can have multi-scale impacts, as ammonia from chemical nitrogen fertilizer reacts with acidic compounds in the atmosphere. As a result, water eutrophication and soil acidification are potential consequences.